Who doesn’t love a good six hour game of Monopoly with friends? What a thrill to bankrupt all your competitors! Yet most of us never got the deeper meaning behind the game. In fact, the story behind the game is a fascinating allegory for how a company can flip a narrative and no one questions it. (The Secret Story of Monopoly – Article at the Guardian)

It’s okay to still love the game (though six hours might be a bit excessive), but when it comes to real world economics, Monopolies are driving lots of societal problems.

When corporations have limited competition, it often produces ill effects for their customers, competitors and the social good (see the list below). A monopoly is when a company controls the market completely. Often a group of companies can exert these same market techniques as one company. Antitrust legislation is aimed at preventing companies from these practices.

Unfortunately, antitrust legislation has been weakened over the last 50 years and poorly enforced which has led to more corporate power and less citizen power.

What can we do to create equilibrium?

We can look back to our own history to see that positive changes in antitrust legislation can have big impacts.

When we understand the real system at work, it changes how we perceive the news and allows us to expect more from the people we elect to shape laws and enforce them. We can also see through the over simplistic arguments that favor Monopolies.

The group B Corp is a movement of businesses committing to make social good part of their foundational commitment. To enact real change, we may need to go even further and change the definition of a corporation, namely, where all corporations must include improving social good as part of their charter. This classification of companies is called  a Benefit Corporation. This is not to be confused with the organization B Corp. When a company elects to form as a Benefit Corporation, their social and environmental performance are also measured.

We are excited about the growing B Corp movement and have hope for getting straight to the real root of the problem and changing the definition and purpose of corporations.

Let’s work together to create more demand for these essential rights and in the meantime, we encourage you to:

Buy local and independent companies as much as you can. 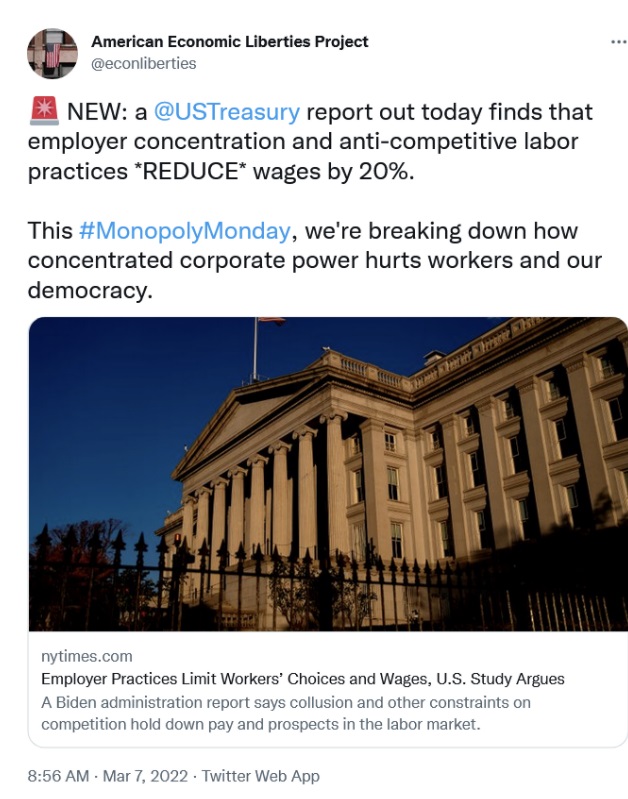